DAO Governance & Future of the Firm – Interview with Robert Tercek

Growing up in snowy Alberta, Canada, Josh Bykowksi loved to play hockey goalie. He was skilled enough to play in the Junior League, a prestigious semi-pro league, and coached in multiple states and Canadian provinces.

Eventually, Josh was pulled away from hockey by law school. A legal career threatened to pull Josh further from the ice. Classmates who graduated from St. Thomas (Minnesota) school of law, where Josh studied, went to work in prestigious law firms. At those firms, the young people faced harsh quotas of "billable hours." If you don't bill for seven hours one day because you played a little hockey in the afternoon, you had to bill eight hours the next day—or risk being fired. "This type of exploitation has worked for a long time," Josh says. "It's completely brutal. I'd be stuck in a cubicle missing out on important family events and sacrificing my long-standing involvement within the sports community."

Then, something happened. In law school, Josh took a class from a professor named Wulf Kaal. Wulf is one of the world's leading experts in a type of legal structure that has changed Josh's life, the Decentralized Autonomous Organization (DAO). In the broadest sense, DAOs consist of communities of people or machines that are organized through computer code. More narrowly defined, DAOs are often associated with businesses or nonprofits encoded with computer code that perform the mundane functions of normal businesses but run these functions automatically. "There's no boss and no board," Josh says. "So there's no one breathing down your neck, but you're still compensated meaningfully if you do meaningful work."

Josh, now 26 years old, has worked for two DAOs stewarded in part by Wulf. The first is DEVxDAO, which gives grants to developers and already has a treasury of around $250 million. And the second DAO is CRDAO, where Josh is an administrator. "I saw Josh's enthusiasm and engagement and activism," Wulf says. "In DAOs, if you add value, people want you with them because they know they can rely on you because you added value in the past. That's the beauty of these systems."

CRDAO — or code review DAO — addresses a key problem in computer software. Software developers need outside auditors to review computer code and make sure it's functional. In the past, code review was gatekept by five or so monopolist companies that controlled the market. It is often super expensive.

Josh has seen the CRDAO be hugely beneficial to several projects. It lets code writers ask for bids for code review jobs without going through an intermediary of a code review company. "CRDAO undermines the cartels that have dominated this industry," Josh says. "It allows people to bid on certain jobs in a way that ultimately reflects what the work is truly worth."

CRDAO is only the beginning of the types of projects that could harness the power of DAOs.

In fact, Josh is so stoked on DAOs he's planning to start his own. "I'm recruiting other like-minded individuals who want to see what the future of work is," Josh says. He's found plenty of collaborators. "The interest in DAOs is shifting from curiosity into demand. From, 'This is kind of a neat thing,' to 'How do I get involved?'"

Hurdles stand in Josh's way. Josh is not a coder. He's not yet fully a lawyer. There are several companies offering to set up DAOs cheaply. But without proper technical and legal expertise, and often using the wrong design and voting engines, these DAOs tend to fall apart. A solid DAO setup could cost Josh $200,000 or more.

"This whole DAO thing is still the domain of developers who understand what the code does," says Wulf. "It's not accessible to average people, not even people who are extremely knowledgeable, like Josh."

Enter Menagerie. Menagerie is a company Wulf is founding with a Menageriem of developers, business people, lawyers, and others. Menagerie is streamlining and democratizing DAO creation while providing the glue to hold DAOs together. Described as a printing press for DAOs or a tailor shop to help people sew their own DAO wardrobe, Menagerie draws on the deep knowledge of Wulf and his associates to make setting up a sustainable DAO easy.

"Menagerie is really easy. Fill out 20 questions, clone the voting engine and Menagerie UX, and you can now start your community," Wulf says. "It's basically taking the pain out of the technological and legal setup."

Menagerie will open many opportunities, Josh says. "Whether people want to open a DAO about sports or arts or any community, the biggest problems with DAOs can be solved by Menagerie. People with no prior experience with Web3 or coding can get involved in a DAO and set one up with proper governance."

DAOs are already hugely valuable and influential. DAOs make the news as they buy million-dollar NFTs and buy a copy of the constitution (almost). DAO treasuries hover around $10 billion, according to analytics site DeepDAO. And yet the value of DAOs to Josh is more personal.

"I have complete control over my life if I decide to harness these technologies," Josh says. "The freedom of DAO work allows me the time and geographic freedom to maintain my involvement with the hockey community, rather than being stuck in a legal billable time loop. DAO work allows people to be involved with what they love while contributing to a meaningful organization."

If Josh takes off in the afternoon to play or coach hockey, he can vote later in the day, and he doesn't risk firing. He can contribute meaningfully to a project he believes in while packing up his laptop and traveling back to Alberta to play pick-up hockey with his old buds.

"Or," says Wulf, thinking even bigger, "He can move to an island and set up his own hockey rink." 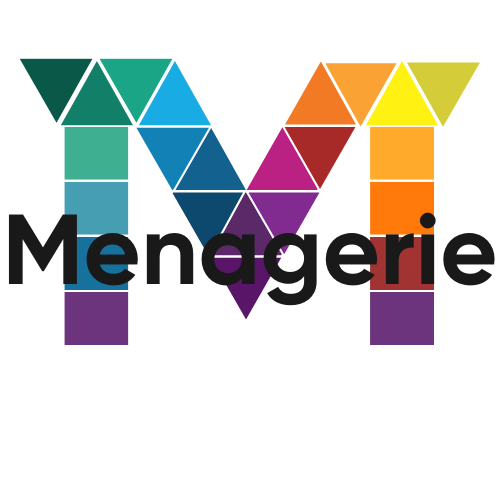